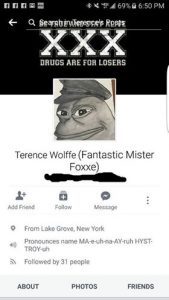 With Trump as president we have witnessed white supremacy in celebration as inspired fascists organize meetings and take the streets across the states. As one can imagine, this means anti-fascists in general, and us vegan straight edge anti-fascists in particular are equally “inspired” to violently smash every meeting and march held by fascists. We say “violently” because in response to this new white pride celebration Midwest Straight Edge Antifa has no interest in appealing to non-violent liberalism. We reject victimhood and find beauty in the destruction of capital-industrial society and all hierarchies including but not limited to white supremacy. The bottom line is we intend to create dangerous spaces for fascists everywhere- the vegan and/or straight edge community included. 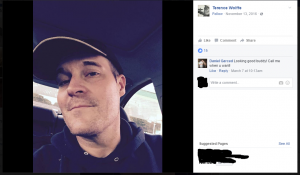 Terence Wolffe came across our radar as a straight edge antisemitic who enjoys displaying alt-right, nazi imagery. In response to being confronted about his antisemitism, he “shrugs”. So when we did some online researching on him and found his address and number, we “shrugged” and decided to drop it. 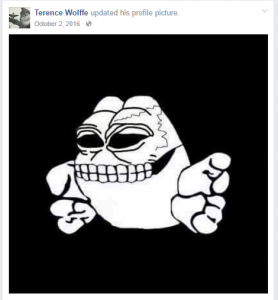 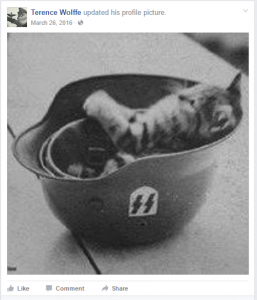 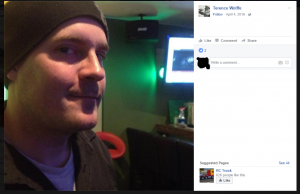